Suzanne and Maurice "Mike" Vanderwoude attend The Drawings and Sculpture of Elie Nadelman, 1982-1946 at The Whitney Museum of American Art, New York (1975). 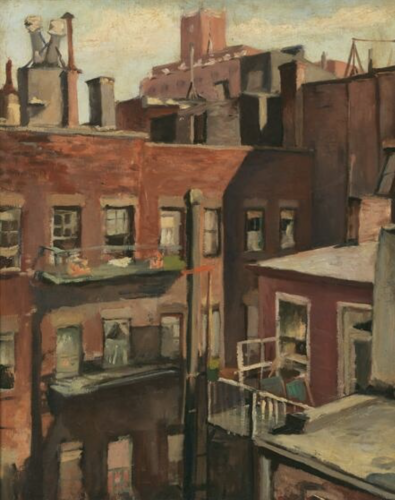 BOOKSTEIN PROJECTS AND ANN YAFFE PHILLIPS FINE ART ADVISORY ARE PLEASED TO REPRESENT THE COLLECTION OF SUZANNE AND MAURICE VANDERWOUDE. PASSIONATE COLLECTORS WHO WERE INTIMATE WITH ARTISTS AND DEALERS, THEIR INVOLVEMENT WITH ART WAS A LIFE-LONG PURSUIT. WE ARE DELIGHTED TO OFFER THIS STORY OF THEIR ART JOURNEY ALONG WITH WORKS FROM THE COLLECTION.

Suzanne and Maurice "Mike’s" story was a love story for the ages; they were devoted to each other for every day of their 67-year marriage and shared their love with family (their three children, six grandchildren, and 7 great-grandchildren) and many dear friends. Suzanne and Mike developed a mutual passion and continual involvement with art; they became serious, savvy and connected art collectors who befriended and supported a number of visual artists as well as artists in other cultural arenas.

Suzanne’s love of art was fostered in part by her uncle, I. David Orr, a well-respected Long Island businessman, art collector and important early patron of Franz Kline. Orr purchased or commissioned over 130 works from Kline, including a lovely portrait of Suzanne at 16 years old, which remains in the family. Orr primarily collected late 19th and early 20th century American art, a time period which later drew the interest of Suzanne and Mike. Suzanne recalls meeting Kline and viewing some of his earliest black-and-white abstractions. 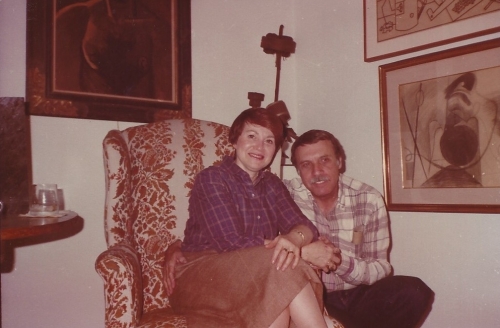 Suzanne attended Smith College as an Art History major. Her early background in art also influenced the Vanderwoude’s family life. The Vanderwoude children remember family vacations organized around trips to the great European capitals focused on devouring the collections of foreign art museums and getting a taste for the music, fine dining, history, fashion and culture of the areas, never wasting a moment for a lazy beach vacation! Their house in suburban Great Neck, Long Island, always overflowed with art. Suzanne and Mike eventually remodeled their garage and turned it into a gallery space, with new walls and carpeting; their front lawn became a fabulous sculpture garden. At first the couple collected late 19th and early 20th century American art; but as they spent more time in the New York gallery world, their focus shifted to include American modernism and contemporary artists.

The Vanderwoudes began to make weekly visits to New York to see galleries and museums and visit artist studios. They became close to a number of gallerists and purchased works from Allan Stone (who offered to trade his Bugatti for one of their John Grahams); Cordier & Ekstrom; Martha Jackson; Andre Emmerich; Joan Washburn; Forum Gallery; Kennedy Galleries; Robert Miller and many others. They were befriended by Joseph and Olga Hirshhorn, who invited the family to tour their Greenwich home and collection, which was a memorable occasion. Their collection grew to include works by George Ault; Alexander Calder; Ralston Crawford; Stuart Davis; Arthur Dove; Adolph Gottlieb; Arshile Gorky; Hans Hofmann; Marsden Hartley; Man Ray; John Marin; Jan Muller; Elie Nadelman; Louise Nevelson; Bob Thompson and many others. 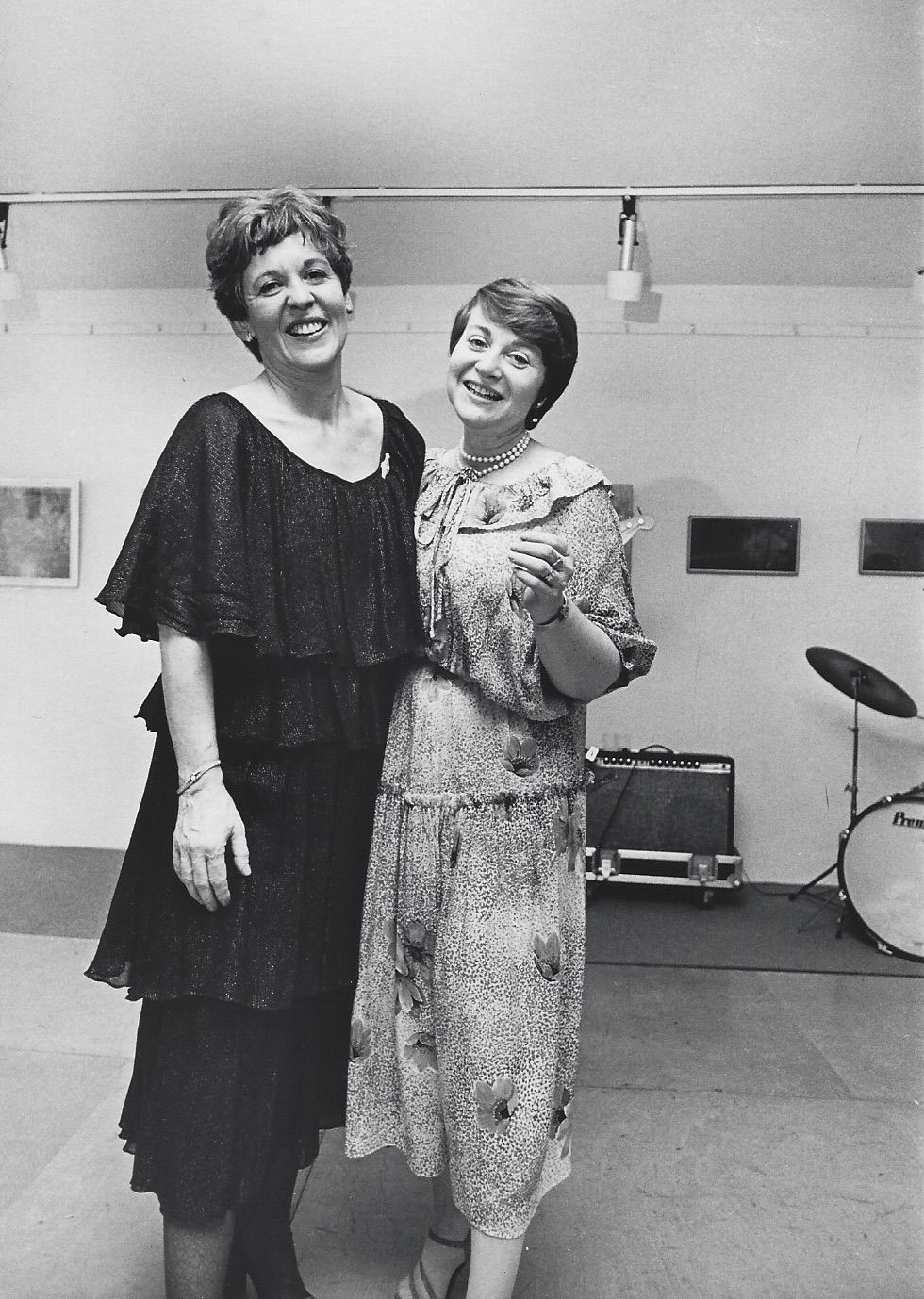 They often collected contemporary artists in depth as a way to support artistic careers and had significant bodies of work by a number of artists, including Pat Adams, Mary Frank and Gregory Amenoff, in addition to modern artists such as George Ault and Alfred Maurer. Their real passion became developing relationships with artists -- even more than the art works themselves. Many artists became dear family friends, and some were supported by Suzanne and Mike not only by art purchases, but with other direct financial support to foster their careers. The Vanderwoudes relished the opportunity to become intimate with these artists, not only with their creative sides, but in all aspects of their lives. Artists such as Wolf Kahn; Mary Frank; Lester Johnson; Timothy Woodman; Pat Adams and William King were particularly close friends and involved in their private life.

In 1968, as their acquisitions and involvement grew, Suzanne got to know the legendary gallerist Virginia Zabriskie. Virginia made Suzanne a proposal. Would she like to come work for the gallery, and get paid in art? The answer was yes! And so began Suzanne’s long association with the gallery and her continuing education as an art dealer. Smart, vivacious, and hard-working, Suzanne was a dynamo who shared her genuine enthusiasm for the art and artists with gallery clients and visitors; she became an accomplished sales director and introduced important artists to the gallery, such as Theodore Roszak, whose show of constructivist sculptures from the 1940s was a huge critical success; many of these works sold to museums and major private collections. Through the gallery, she became friendly with many artists or artist heirs who became part of their circle, such as Louise Ault (the widow of George Ault); Jan Nadelman (son of Elie Nadelman); Ralston Crawford; Mary Frank; Pat Adams; Wolf Kahn; Emily Mason; Helen Miranda Wilson; Timothy Woodman and Raoul Hague. 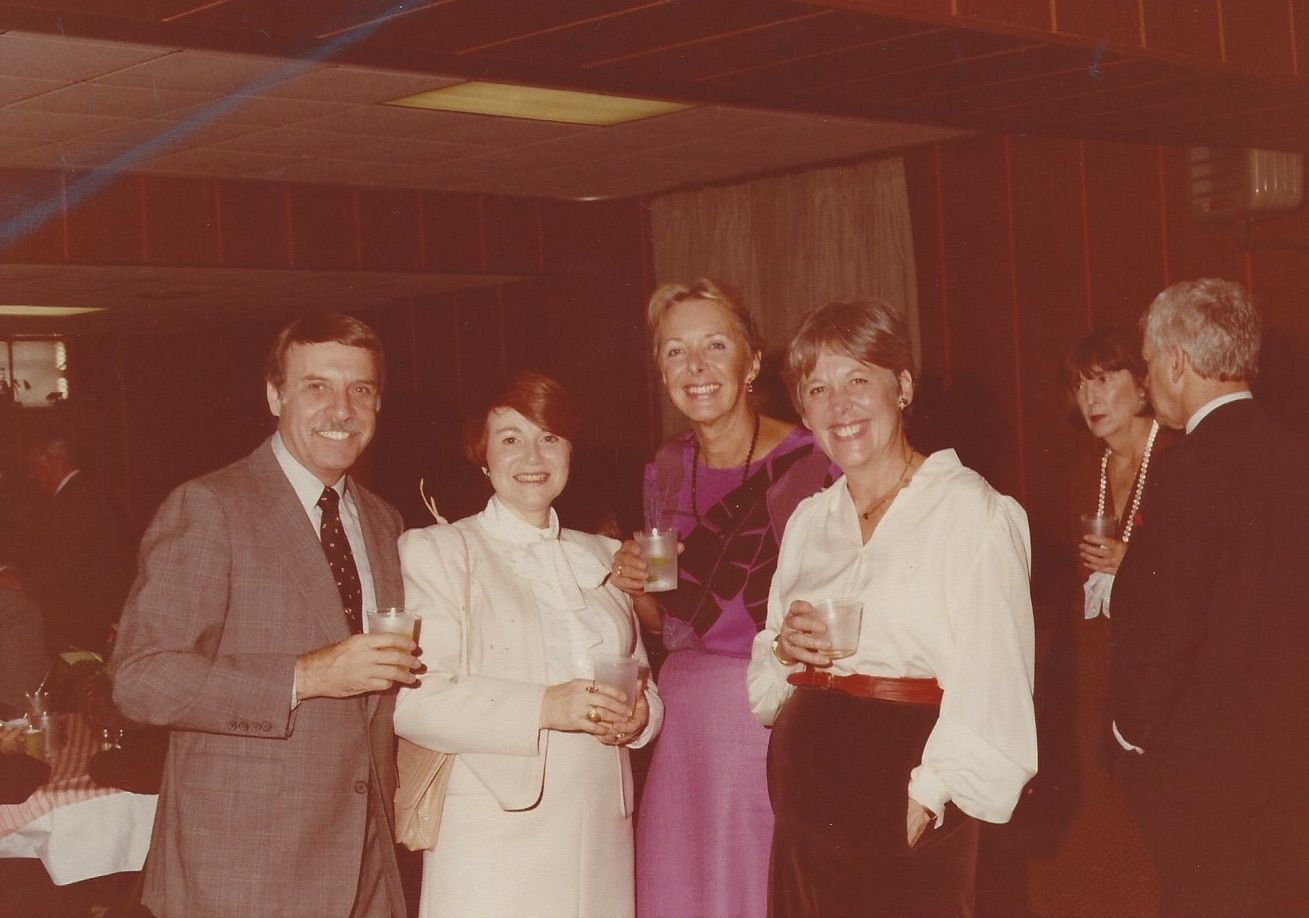 In due course, Suzanne began to envision her own gallery and representation of artists she admired along with historical exhibitions. She partnered with Dorothy Tananbaum; their gallery, Vanderwoude Tananbaum, was a Madison Avenue mainstay in the 1980s and 90s. They exhibited Bill Traylor in 1982, long before he became a familiar name; Marsden Hartley and other modernists; Bob Thompson, Jan Muller and others who came of age in the 1950s and 60s, all in addition to many artists of the day. The gallery was known for their annual Holiday Toy show that featured toys made by artists, a show that was always favorably reviewed and which developed quite a following.

Suzanne and Mike Vanderwoude continued their collecting and patronage of artists after Suzanne retired from the art business. Mike joined the Metropolitan Museum of Art's Drawing Commmittee, which advised on acquisitions. They remained close to the gallerists, fellow collectors and the many artists they had gathered into their circle over the years. Theirs was a constantly evolving collection. They would donate and sell works here and there (some to important private collections and museums) and they always kept an eye out for a new acquisition.  Art was the fabric that wove their lives together, and their passion united not only the two of them, but friends, family, colleagues and all who knew them.

A Selection of Letters and Ephemera from
Suzanne and Maurice Vanderwoude

A charcoal drawing of a young Suzanne Vanderwoude by Franz Kline.

A letter from Mrs. George Ault to the Vanderwoudes (1968).

A heartfelt letter from Timothy Woodman to Suzanne Vanderwoude recounting his time with her at Zabriskie Gallery, New York (1980). [Page 1 of 2]

A heartfelt letter from Timothy Woodman to Suzanne Vanderwoude recounting his time with her at Zabriskie Gallery, New York (1980). [Page 2 of 2]

A letter from Thelma Golden, Curator, the Whitney Museum of American Art, New York, thanking the Vanderwoudes for the loan of their Bob Thompson painting to his retrospective (1998).

A charcoal drawing of a young Suzanne Vanderwoude by Franz Kline.

A letter from Mrs. George Ault to the Vanderwoudes (1968).

A heartfelt letter from Timothy Woodman to Suzanne Vanderwoude recounting his time with her at Zabriskie Gallery, New York (1980). [Page 1 of 2]

A heartfelt letter from Timothy Woodman to Suzanne Vanderwoude recounting his time with her at Zabriskie Gallery, New York (1980). [Page 2 of 2]

A letter from Thelma Golden, Curator, the Whitney Museum of American Art, New York, thanking the Vanderwoudes for the loan of their Bob Thompson painting to his retrospective (1998).

Opening Banner Image: Suzanne and Maurice "Mike" Vanderwoude attend the opening of The Sculpture and Drawings of Elie Nadelman, 1882-1946 at The Whitney Museum of American Art, New York (1975).